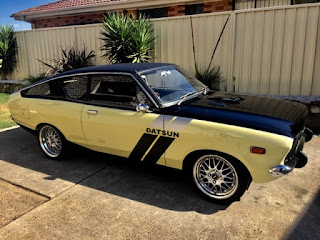 Paint correction, which is alternately known as swirl marks removal or machine polishing, refers to the reduction or removal of marks in the top layer of paint to produce more refined finish. This is nothing to do with car paint protection. Paint correction generally includes either hand or machine usage of different grades of cleaner or polish.

The task is primarily done with rotary machine polishers to achieve the desired level of transformation. On the other hand, car detailing refers to cleaning and polishing all parts of a car from top to bottom. The process of car detailing requires the use of specialist tools and products that would not be typically used by an average car cleaner. Although both paint correction and car detailing involve cleaning and correction, there are some fundamental differences between the two.

Car detailing is specifically broken down into two categories: exterior and interior. Exterior detailing features cleaning and restoring the original look and condition of the surface of the car€™s finish. Paint correction focuses solely on the environmental challenges that the exterior of a vehicle faces (such as exterior scratches, swirl marks, fading, water spots etc). Paint correction is done with the sole objective to bring back the original finish of the vehicle and prevent the surface of the vehicle from fading and scratches.

Detailing focuses on wash, wax, interior clean up apart from exterior cleaning and repairing. Car detailing is done even for changing wheels, tires to make everything look shiny and new. We resort to the detailing process after a vehicle gets back in dirty condition after a long days outing. In such cases, the vehicle will be washed to clean up the dirt to revert it back to the condition of the beginning of the day.

No concentration is given on painting aspects in case of car detailing. The focus of detailing is mainly on the interior as people spend most of their time driving the car. Paint correction, on the other hand, takes into account the issues with the paint. If you are looking to remove swirl marks, scratches, oxidation, etchings etc from the paint, then you are definitely considering to resort to paint correction process.

Paint Correction And What It Is 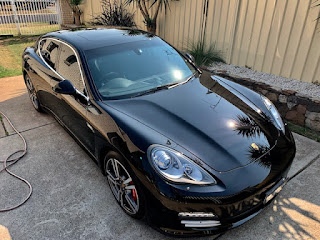 Paint correction requires more professional expertise and normally takes a lot more time than just the detailing process. Therefore, paint correction is more labor intensive and demands more knowledge on various tricks and methods of paintings and scratch removal procedure. So, the process requires an extensive understanding of the needs and wants of the clients.

Paint correction involves greater risk than car detailing process. That is why the professional needs to have thorough understanding of the clients€™s demand. There is always the risk to burn the paint, over thin clear coats or leave too much or too little paint on an expensive vehicle. So, the margin of error for the correction is too little. On the contrary, car detailing process involves less risks.

The Art Of Removing Scracthes And Swirl Marks


Paint correction can be described as the process of eliminating swirl marks that have developed with time and bring back the paint surface to the initial state, or, regularly, to a state much better than the original. Paint problems vary from UV damage to simple scratches that damage the finish of the car to faded car paint which can only be removed with what is known as a car polish or paint correction.

Everyone wishes that their car would constantly look as great as it did when they first bought it. Nevertheless, the truth is that after a while the car is exposed to a range of components that degrade the quality of its outside. Amongst such components are swirls, physical scratches, chemical etching and oxidation. Over time, these components wash away the quality of your car's paint.

Many individuals prefer to do a wholesome respraying of their car to restore the appearance, which is frequently pricey and time consuming. But you do not need to go all that method with your car. Paint correction is a much easier, more budget friendly option for your car.


Ways to tell when your car requires paint correction


Therefore, in some cases it is recommended that you do a paint correction for your car right away after buying.

This might sound a bit uncommon, however a car will need paint correction even immediately after coming out of the display room. This is because retailers frequently do some cheap detailing on a brand new car in order to make it look great for the display room. Such fast work is meant to develop a misleading gloss under the lighting of the showroom, but it in turn deteriorates the initial paint work from the factory. That is why sometimes your car's outside might begin to look broken shortly after you purchase the car.

Paint correction may likewise be inevitable in cases where you encounter a mishap and there is a physical dent on your car's outside. This has nothing to with paint protection products

You might also nee to get some paint correction for your car after a while. Depending on how you use the car, paint correction is available in convenient from time to time. If you drive off-road or under extreme conditions, then you will require it earlier that somebody who simply owns around the city.

The procedure of paint correction


1) Decontamination: This involves extensive cleaning of the car with citrus soap, oily based solvents and clean mitt to obtain rid of any material and substances that might be a barrier to the correction process.

2) Pre-assessment and masking- This procedure includes crucial examination of the lorry to figure out the level of the damage after which the car is masked to secure it from any further damage throughout the correction process.

3) Re-leveling-- This phase is implied to getting rid of scratches from paintwork by damp sanding, such that the smooth surface area of the car's surface is maintained to about 85% of the initial. This helps to eliminate the problems caused by swirls, scratches and UV damage.

4) Refinement- This process assists to eliminate the finer problems, and those problems brought on by the extensive first step. The work done here depends on the intensity of the first process along with other factors such as the density of the external coat.

5) Jeweling and finessing- This process includes the use of fine polish with micro-abrasive nano particles to achieve an ultra- clear and smooth surface.

6) Surface area cleansing and protection- Surface area cleaning is the procedure of eliminating all solvent oils used during paint correction and using hydrophobic finishing to the exterior to safeguard it from damage by oxidation, hydration and most chemical agents. 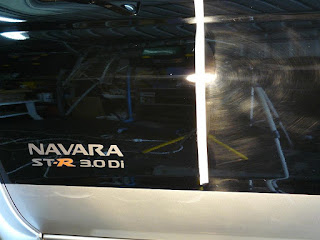 · Paint correction is far much cheaper that doing an entire respraying which will cost you a great deal of money. The outcomes achieved by discomfort correction are just as good.

· Restoring you car's plannings to display room requirements may appear like an experience in some cases. But when you consider paint correction and detailing, it is actually very simple. Not just is it friendly to your pocket and your schedule, but it can produce a much better effect than the original display room appearance.

· In addition, correction is safer for the durability of your car due to the fact that it does very little damage to your car's outside in the long term.

· The time invested in paint correction is likewise much less compared with respraying. Basically, correction can be 12-15 hour task.

Paint Correction Paint correction , which is alternately known as swirl marks removal or machine polishing, refers to the reduction or r...